Who is still using fax machines? 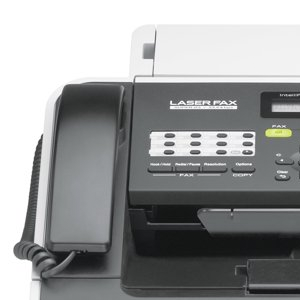 Fax technology has been around since the 19th century though its use began to peak in the 1980s and 1990s. Offices across the globe saw major revolution in the speed of communication as documents and images were disseminated across countries in an instant! It was a well-developed technology much ahead of the times. Even the email came nearly 100 years after the first facsimile device.

It was in 1847 that the first fax message was designed by Scottish inventor Alexander Bain and sent over a telegraph line. Still debated if it was the first fax because during that period, other inventors, including Thomas Edison and Alexander Graham Bell, were always endeavoring to pioneer facsimile technology that might become the ‘next big thing’ in the communication industry. French novelist Jules Verne predicted Paris in the 1960s to be brimming with fax machines. And it did turn out to be one of the most important revolutions.

The Americans first heard of the fax machines in 1939, where a fax machine sent images for newspapers at a fast 18 minutes per page. Its reign was short-lived, even with this extra support. People working from home with an internet connection decreased the utility of fax machines. In fact, in 1995, MIT Media Lab founder Nicholas Negroponte said that fax machines would no longer be relevant in the modern technology landscape. Several years later, his prediction proved to be true as the demand for fax machines began to wane. However, segments like law enforcement and healthcare still rely on fax machines at work due to the concerns of digital security and adherence to regulatory frameworks, and the reluctance to change.

Medical professionals bank on fax technology regularly despite several attempts to upgrade fax machines with better alternatives. The regulatory confusion, phobia of online security, stubbornness to change and the clause in the health privacy law HIPAA that mandates safeguarding patient information, fax machines are still churning out documents for doctors all across the globe, in both routine and high-stake situations.

According to an estimate, three to four of all medical communications are being done via fax. Hospitals do not want to switch over from fax to a more advanced electronic medium fearing that computers might be hacked, whereas a fax machine is more robust to be attacked.

Fax machines are widely preferred for their interoperability. Another sector that remains loyal to fax technology is law enforcement service, which has its data entry protocol mostly in analog format. A popular joke is that the FBI takes its Freedom of Information Act requests only by fax. Fax machines still play a role in offices as a backup in case of failure of digital electronic systems. There are no signal interruptions, bad communication or buried emails in spam folders. What you intend to send, will reach the recipient in a matter of seconds. Undoubtedly, the facsimile technology is here to stay, and not be obsolete any time soon.